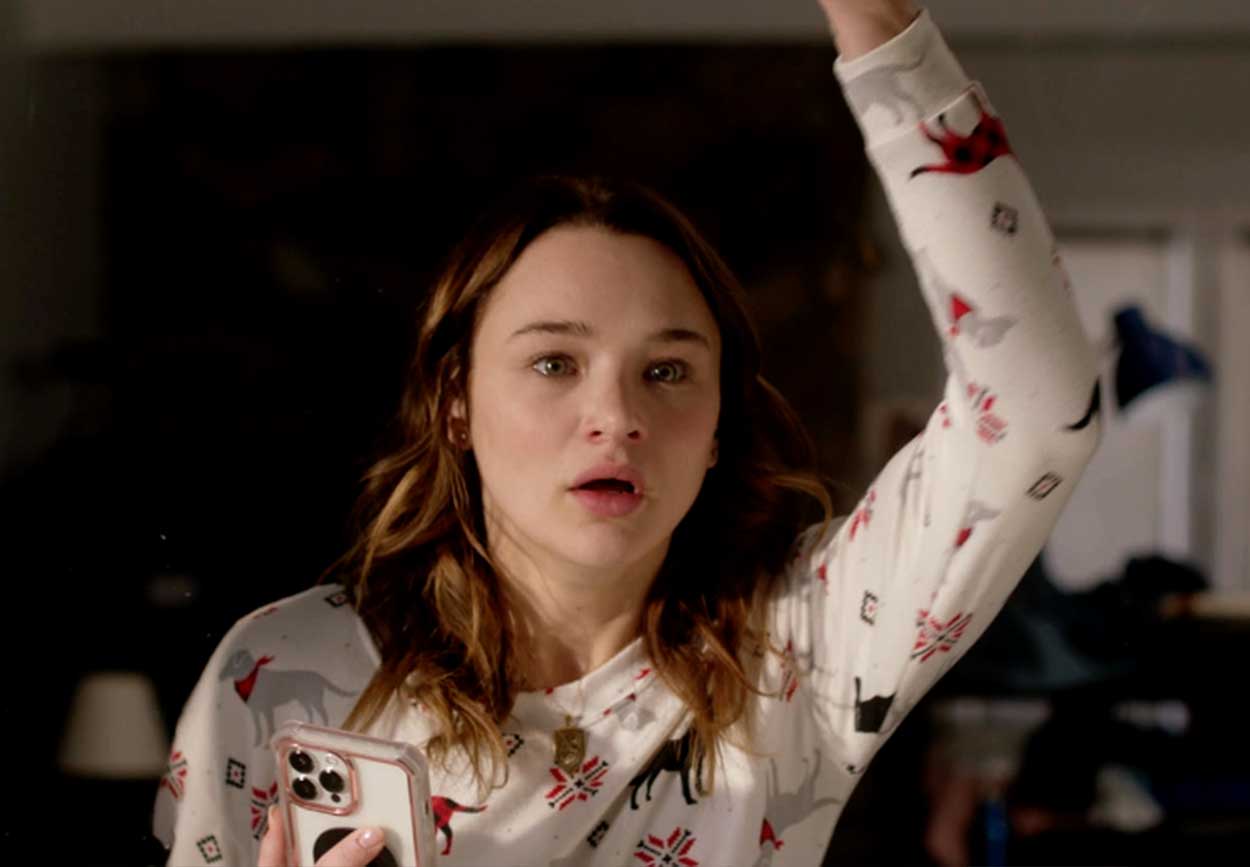 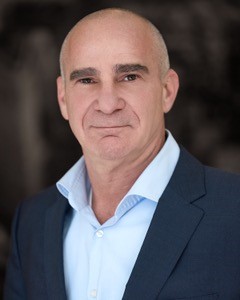 Auerbach’s newest venture is “Top Dead Center Films”, “It’s a culmination of everything I love to do, write, direct, produce and sell”. “It’s been my motivating vision and dream since I made my first zombie student film in High School.”

Auerbach is a paranormal and horror aficionado having created and produced hundreds of hours of paranormal, horror, thriller and sci-fi content. Auerbach states “I’ve probably been in more haunted, scary, odd places than anyone else in the world, and I’m always looking forward to my next adventure.” 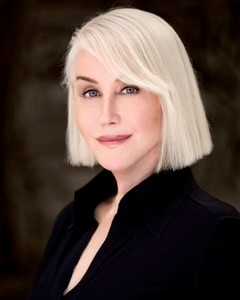 Julie is a Film and TV Writer and Producer lending her talents to some very successful programming including James Cameron’s “Dark Angel”, “24”, “Birds Of Prey”, and “Charmed.”

Auerbach began her career modeling as a teenager in Paris, Milan, Tokyo and NYC and eventually landed in Los Angeles where she Co-Founded and played bass in an all girl band, Wench.

From there Auerbach started ghost writing for some of Hollywood’s biggest writers as well as working on series. In 2003 Julie Co-Founded Go Go Luckey Entertainment with her husband, Gary Auerbach. They successfully created and produced many hit TV shows, Films, Digital Content and Live Events. Including the genre changing “Laguna Beach: The Real Orange County”, “Paranormal State”, “Decoded” “The Occupants”, and “Buried Alive” among many others. In 2015 Auerbach was instrumental in successfully orchestrating the sale of Go Go Luckey Entertainment.

Julie is thrilled to be doing what she loves, writing, producing and identifying new projects and talent. Auerbach is excited about Top Dead Center Films and the opportunity to be a part of this groundbreaking new company.

Auerbach is a member of the WGA 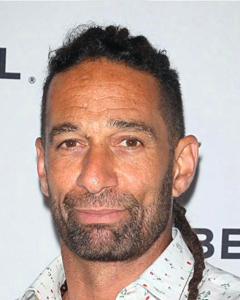 Paul Eckstein has been writing, producing and acting for over 40 years. He grew up in Brooklyn and graduated from Brown University with degrees in International Relations and Creative Writing. He went on to immerse himself in New York City Theatre where he was a founding member of the Naked Angels Theatre Co., acted on Broadway, Shakespeare in the Park and Minneapolis’ Guthrie Theatre. He spent a decade cutting his chops originating, collaborating, writing, directing, and developing dozens of plays, films and TV shows.
Paul completed production of season two of the acclaimed hit Godfather of Harlem (2019) which he co-created, starring Forest Whitaker and Giancarlo Esposito on EPIX. Prior to that, Paul led the writer’s room on the first year of the Netflix hit drama Narcos (2015). Paul also wrote and produced the Disney/ABC biblical epic Of Kings and Prophets (2016) on location in South Africa. His other writing credits include: Street Time(2002) (Showtime), Law & Order: Criminal Intent (2001) (NBC), The Dead Zone (2002) (USA). As a movie producer, Paul co-produced the MGM/UA film Hoodlum (1997) starring Laurence Fishburne and Andy Garcia. These are some of a long list of projects Paul has worked on over the years that emphasize history, high stakes, excellence in execution with a focus on stories and culture from people of color.
IMDB 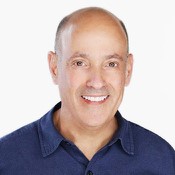 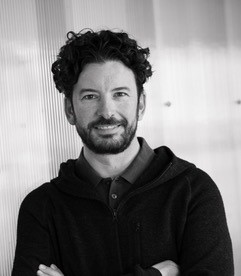 Todd Beck is the CEO of BECK Media, the marketing and communications firm he founded in Los Angeles in 2000. Today, the firm employees more than 40 people across five regional offices (Santa Monica, New York City, Austin, Atlanta and San Francisco) and serves a clientele of leading businesses in entertainment and technology. Before starting BECK Media, Todd handled communications in an agency setting, at a major U.S. broadcast television network, and at a trailblazing online casual gaming company. Today, Todd works with founders and CEOs to help them grow emerging companies and market leaders. He is primarily responsible for maintaining the agency’s results-oriented culture of creativity, innovation, and technology. A ravenous media consumer with an offbeat creative marketing streak and a deep love and respect for the power of words, Todd and his team develop and execute work that drives change and creates value for transformative companies of all stages. 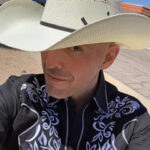 Kevin Tavolaro has been fortunate enough to turn his lifelong passion for scary stories into a career.

He’s excited to be working with writing partner Julie Auerbach, developing a host of upcoming TDCF projects that draw on his love of horror, comedy, action, and character-driven storytelling. 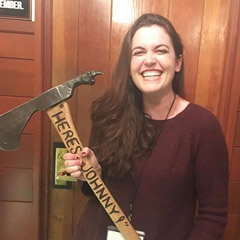 Brittany “Britt” Sandler is a genre specialist and lifelong horror enthusiast. She began her career in film at Spyglass Entertainment and MGM Studios as a Physical Production executive assistant and has worked as a brand manager and publicity representative for a wide variety of entertainment studios, networks, streaming platforms, and horror initiatives including AMC’s Shudder and The Bloodlist.

An alum of UCSB’s Film & Media Studies and Communication program, Britt was the co-leader of the university’s screenwriters co-op and the recipient of the Corwin Award for Screenwriting. Britt shares her love of all things horror with Top Dead Center Films to identify new opportunities in the genre landscape and focus on championing fresh talent for future projects. 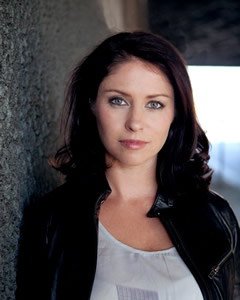 Margaux Froley started working in the entertainment industry at Focus Features as a Development and Acquisitions assistant. From there she fell into the fast pace of reality TV production and worked from Coordinator to Field Director making over 100 episodes of TLC’s hit show, CLEAN SWEEP.

Margaux worked as a Director of Development for non-scripted and scripted series at MTV in New York before getting a book deal with Soho Teen/Random House to write a series of young adult mystery novels. Back in Los Angeles, Margaux was the showrunner on a docuseries for AwesomenessTV, and a Story Editor for a Verizon/Go90 scripted mystery.

She is currently developing projects based on her own scripts for Kyra Sedgwick’s production company, Big Swing, a digital sci-fi show with Conde Naste, among others. Margaux is excited to help Top Dead Center Films put together a slate of fresh voices for a new crop of films.

This error message is only visible to WordPress admins

Please go to the Instagram Feed settings page to create a feed.